If not for Alaska’s fisheries, the port of Seattle would not be what it is today.   How important is Alaska to its bottom line?

A new economic report reveals that Seattle is home port to about 300 fishing vessels and of those, all but 74 make their fishing living in Alaska.

The Seattle-based boats harvest Alaska pollock, Bering Sea crab, flounders, salmon and many other high value species, and they vary in size from 300 foot, 150 crew catcher-processors to small seiners and trawlers.

In 2017, fishing vessels that moored at one of Seattle’s three terminals and operated in the Alaskan fisheries generated gross earnings of over $455 million, or nearly half of the gross earnings from Alaska’s fisheries.

That represented 44% of all gross earnings from the North Pacific fisheries.

Boats fishing in Puget Sound and other Washington areas earned $26.6 million at the Seattle docks.

An estimated 7,200 jobs were directly associated with commercial fishing at the Port of Seattle in 2017. Of that, 5,100 jobs were on fishing vessels, of which all but 200 operated in Alaska fisheries.

Factoring in all segments of commercial fishing at the Port of Seattle, these fishing activities generated more than $671 million in business output in 2017.

They also produced over $13 million in state of Washington taxes.

Most of the seafood produced in Alaska comes to Seattle or Tacoma ports in containers. Nearly four million, 20-foot containerized vans carrying more than 26 million tons of seafood and other cargo were handled there, directly supporting almost 15,000 jobs.

Finally, according to United Fishermen of Alaska’s Fishing Facts,  of the 6.4 Billion pounds of fish and shellfish landed in Alaska in 2016, just shy of 4 billion pounds were taken by Washington residents. 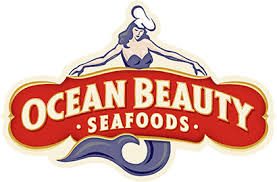