They are coming to take our cows away! claim critics of the proposed Green New Deal that’s cropped up in Congress. The deal calls for major investments in clean-energy jobs and infrastructure to help transform to a more earth friendly economy.

It’s making farmers uneasy because fingers are pointing at cows as big polluters from all the methane gas they pass.

Most of the gas is actually belched from the cow’s mouth and not released from the back end.  Cow burps account for 26 percent of the nation’s total methane emissions according to the EPA, and the U.S. is only the world’s fourth-largest producer of cattle, behind China, Brazil, and India.

Seaweed can help put the brakes on all those burps. 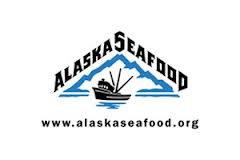 Researchers in Australia started investigating after a dairy farmer noticed cows that grazed on washed-up seaweed along the shore were healthier and more productive than those in the field. He began feeding his cows a mixture of local seaweed and found the new diet saved him money and induced “rip-roaring heats,” with his herd.

A study five years ago by Canadian researchers confirmed those results and they tested 20 different kinds of seaweed in cow feeds. Overall, it reduced methane production by up to 50 percent but required high doses of seaweed, almost 20 percent by sample weight.

Enter Asparagopsis, a red seaweed found throughout the Pacific.

The Queensland researchers found that adding less than two percent of that seaweed to a cow’s diet reduced its methane output by up to 99 percent!

The cows have good taste – Asparagopsis is one of the most popular seaweed ingredients  in Hawaiian cuisine and is used traditionally in poke.

The problem now is producing enough of it.

The researchers said wild harvesting of the red seaweed is not sustainable. It will take financial and industry backers to cultivate the methane suppressing seaweed on an industrial scale for the more than one billion burping cows around the globe.